If you’d like to discuss the transformation of your floor, please don’t hesitate to get in touch – we’d love to help you! 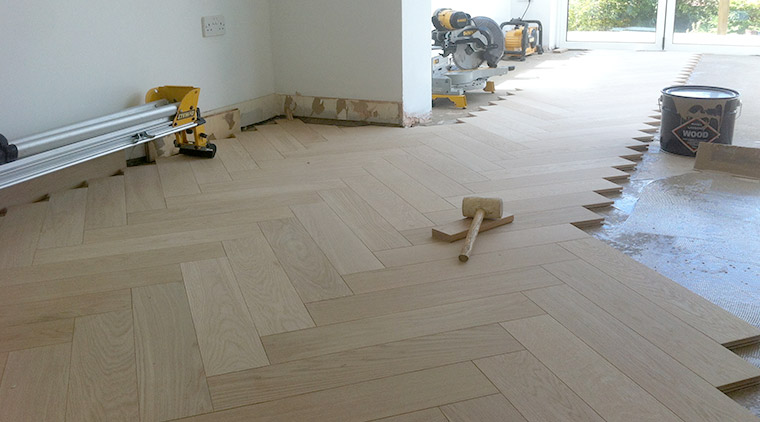 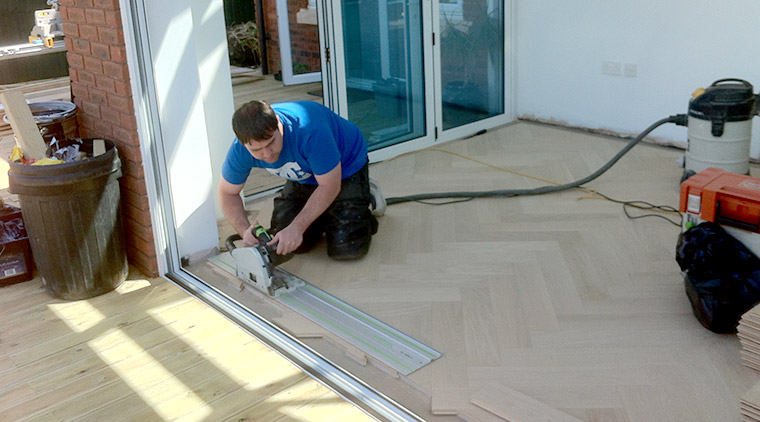 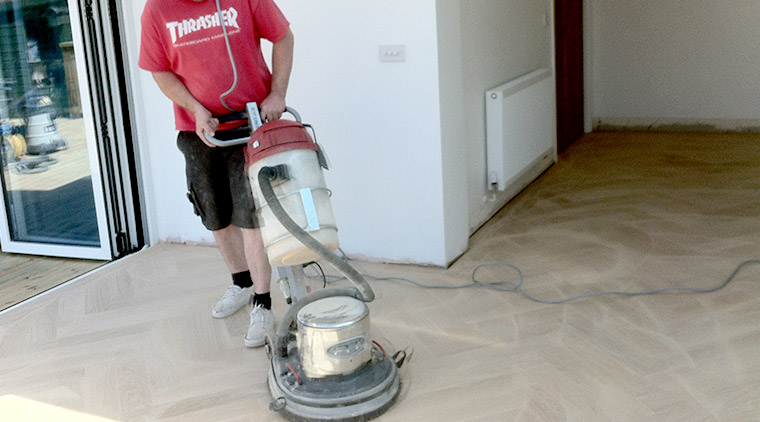 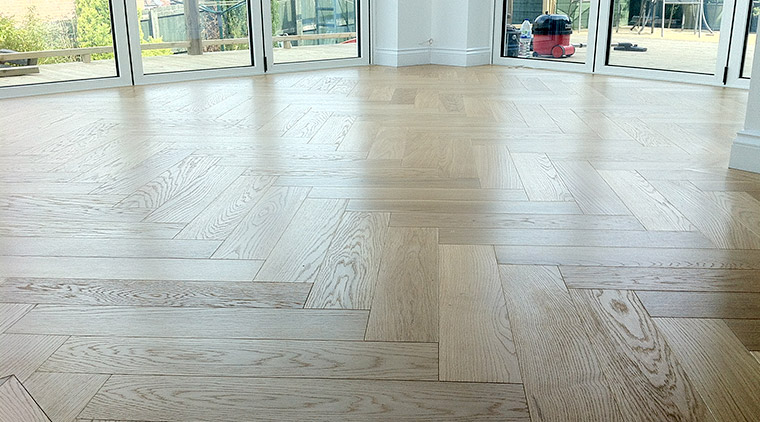 Now I know I’m using the same customers as my first case study but when i revisited the Thomas’s three years later the hallway was still looking excellent and i was surprised to see that they had an orangerie which are now replacing old fashion conservatories, It was like having an extension but with a large glass (lantern shape or flat roof window) and Bifold doors leading out to the garden decked area.

They wanted a similar floor but of a newer age to compliment the new extension, the floor was a right angle shape so they wanted a style of flooring that turned with the walls which if using herringbone style could be achieved.

With the floor space being large compared to your average room I recommended a new larger size block that was engineered so could now be layer over underfloor heating.

Everybody that was a part of the build including the director of the company that worked on the extension agreed that the floor brought everything together and gave that wow factor to the whole build.